The situation was given as such:

and running file on all the files showed a FAT32 file, a text file, and a data file

Now, we know that this is a NAS device and that there are 3 drives. The first thing I thought to do was open the first disk (disk0) in dff GUI and see what it shows. 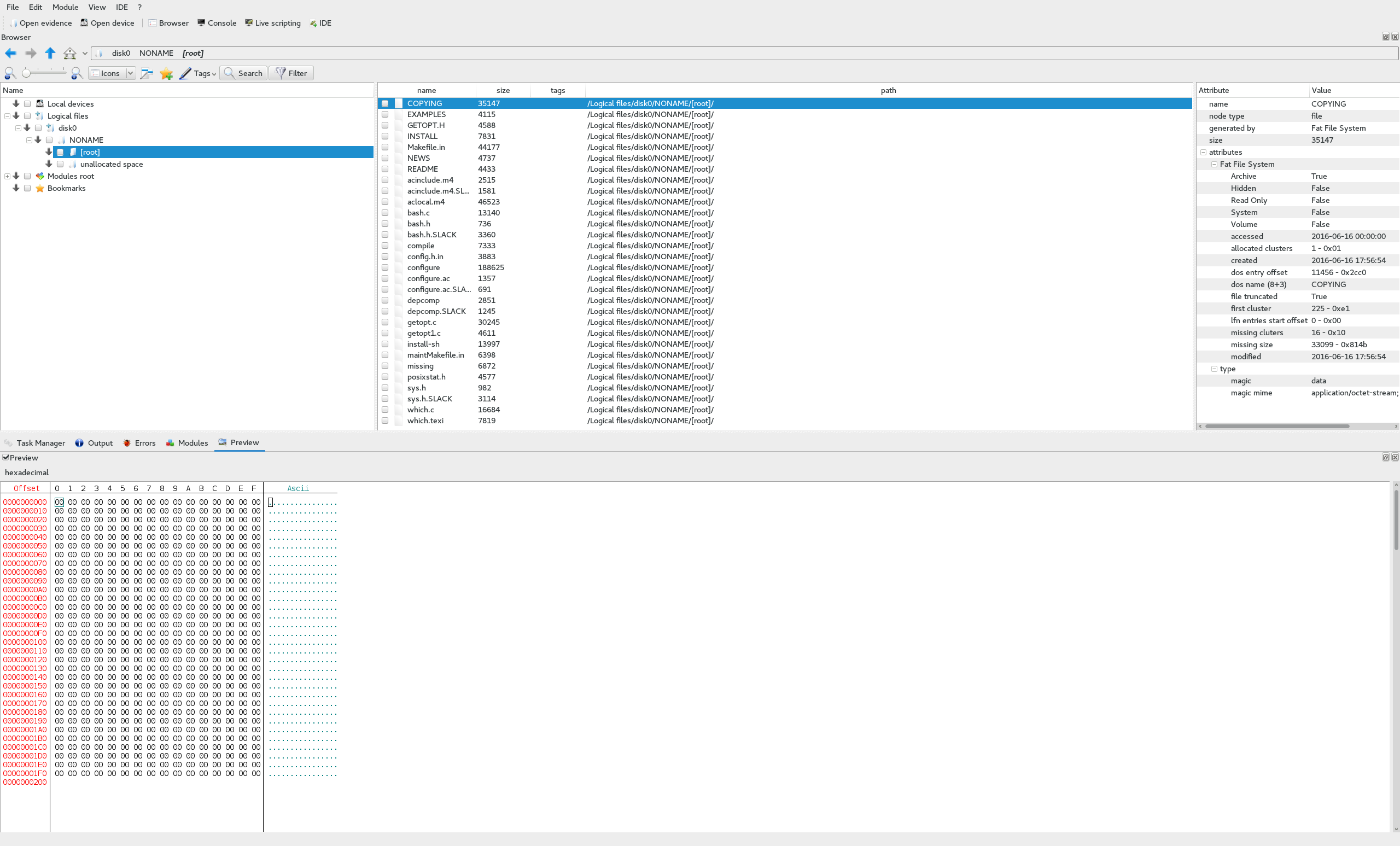 Of cource, it couldn’t be that simple. We can see here that there are a bunch of C files for some kind of source code, but nothing that looks like a flag. In addition to that, if we look at the contents of some of these files, such as configure, we can see that they appear to be broken in some parts, plaintext in others, and it only goes up to 0x200, or 512. 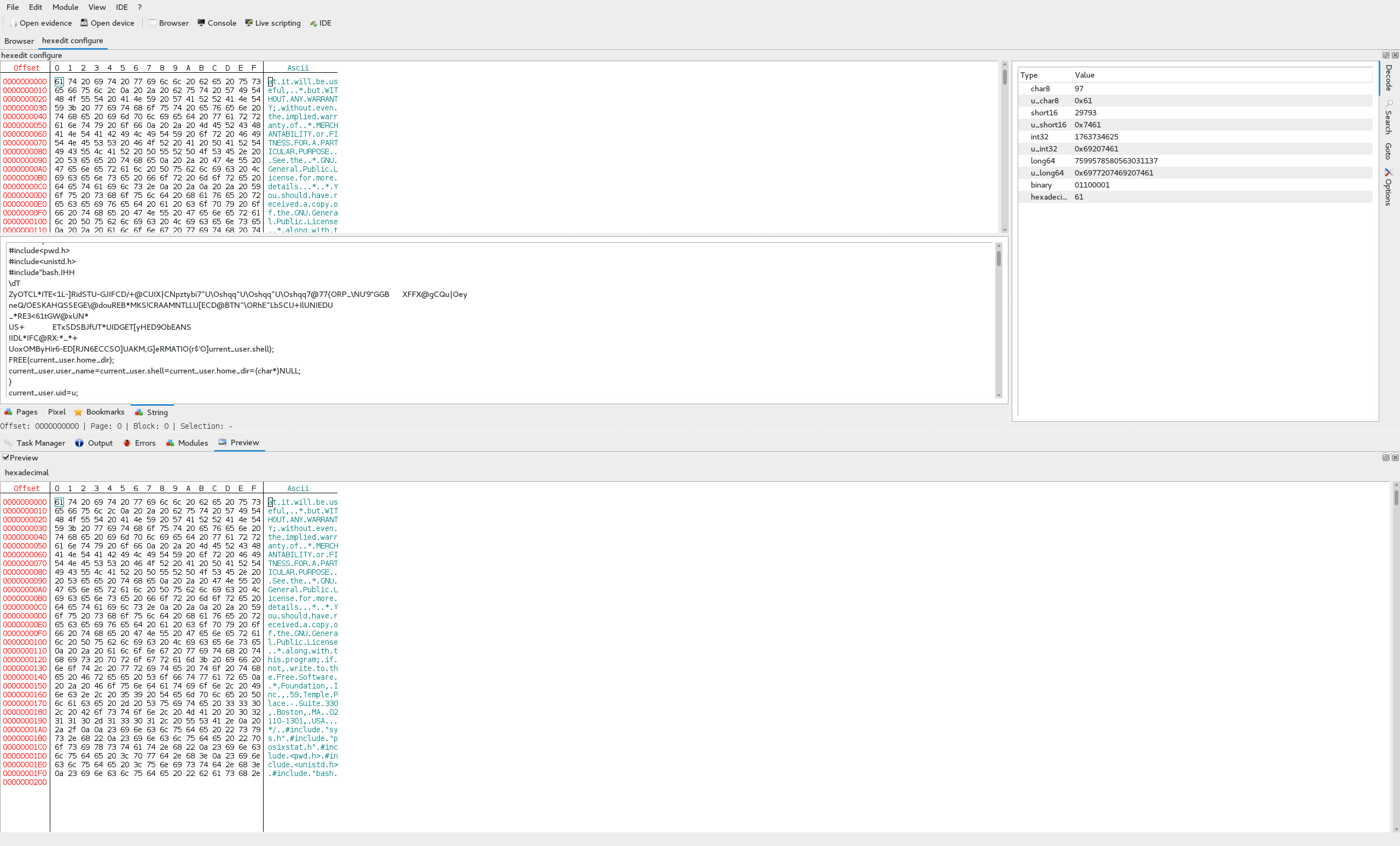 Now, if you know much about NAS’s, more often than not you put your drives into a RAID configuration. The most common RAID types that are used are 0, 1, 5, 6, and 10 and each has it’s own advantages and disadvantages. Due to how we can see the data is not sequantial and consistent, it is safe to assume that these drives are likely in RAID and it is most likely not RAID 0, 1, and 10, especially with only 3 drives in the array.

In RAID 5, you must have at least 3 drives in your array. When data is written to the drives, it is striped into sections based on your configuration. Every drive gets part of the data every stripe, sequentially, and one of the drives is used for parity. When data is written to the drives, it is XOR’d and that result is written to the block on the parity drive (in addition, the drive used for parity rotates forwards or backwards each block). The unique nature of the XOR bitwise function is that it is totally reversible, as long as you have the other factors in the equation.

As you can see, this is very advantagous because it allows us to recover data across stripes, not just for a single drive. RAID 6 is very similar to RAID 5 in that it does the same thing, however it adds another parity block for additonal redundancy and the computation of the second parity block is more complicated than a simple XOR operation.

I took the liberty to assume that it was likely RAID 5 (which was later confirmed with hints provided to the challenge) and wrote out a simple script in python that would be able to rebuild our missing drive and combine the 3 drives into a single disk image.

After execution, we are left with a file, disk, with a filesize of 1024kb and it’s file output is

We mount the image using losetup

And we are left with a file, flag.jpg, in our mounted disk! 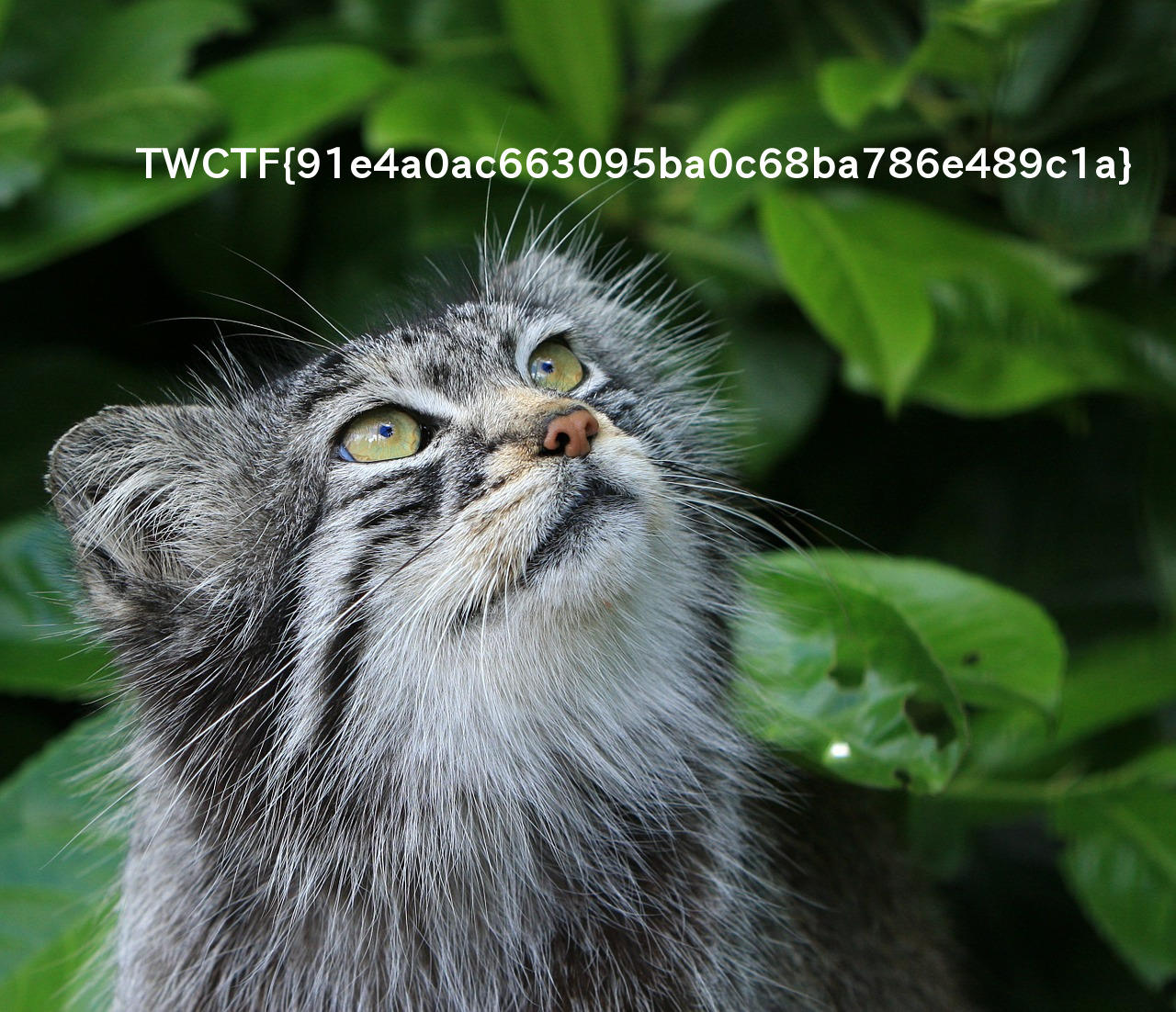 P.S. Remember those C files we saw in dff? That was the source code to which-2.21, just to throw us off…